The SOREM sodium removal unit attracted a lot of attention at the Van Dijk Heating booth at the GreenTech trade fair in Amsterdam (June 2022). Growers are clearly interested in this technology, a sustainable solution which makes it possible to keep recirculating drain water for much longer.

Good irrigation water (and surface water!) is vitally important to growers and their crops. Both the availability and quality of the water are under pressure in many places. Closed water systems that reuse (disinfected) drain water can be part of the solution.

“Work is being done on this in many countries and regions,” director Freek van Rijn explains. “The point is, however, that most crops don’t absorb much sodium, so the sodium concentration in closed systems gradually increases. At some point you would have to discharge that water. If you’re not permitted to or don’t want to do that, our Sorem sodium removal unit can offer a solution. It was developed especially for that purpose.”

The removal process is based on ion exchange by means of a resin column and additives. During the process, the additives (nitric acid, caustic potash and CO2) are converted into potassium nitrate, a common fertilizer.

The open structure gives the resin column a large active surface, which binds a lot of sodium. As soon as the saturation point is reached, the resin column is “discharged” in a separate process stage. The concentrated sodium solution drains into the sewer. Most of the additives remain behind in the system, where they make a second contribution as a nutrient component in the form of potassium nitrate. This means that the net use of additives is extremely low.

Once the system is approved by the Dutch Assessment Committee for Greenhouse Water Purification Installations, the SOREM will be ready for commercial use. The prototype first has to be modified slightly to ensure that any crop protection agent residues have been sufficiently broken down. In the Netherlands, this is a requirement if you are going to discharge residual water into the sewers.

“When that adjustment is done, a new, very extensive test cycle will follow, as usual,” Van Rijn adds. “Neither we nor the certification body want to leave anything to chance. I don’t dare predict how long it will take all together, but we’re very confident in a good outcome. Then sodium no longer has to be an obstacle to completely closed cultivation.” 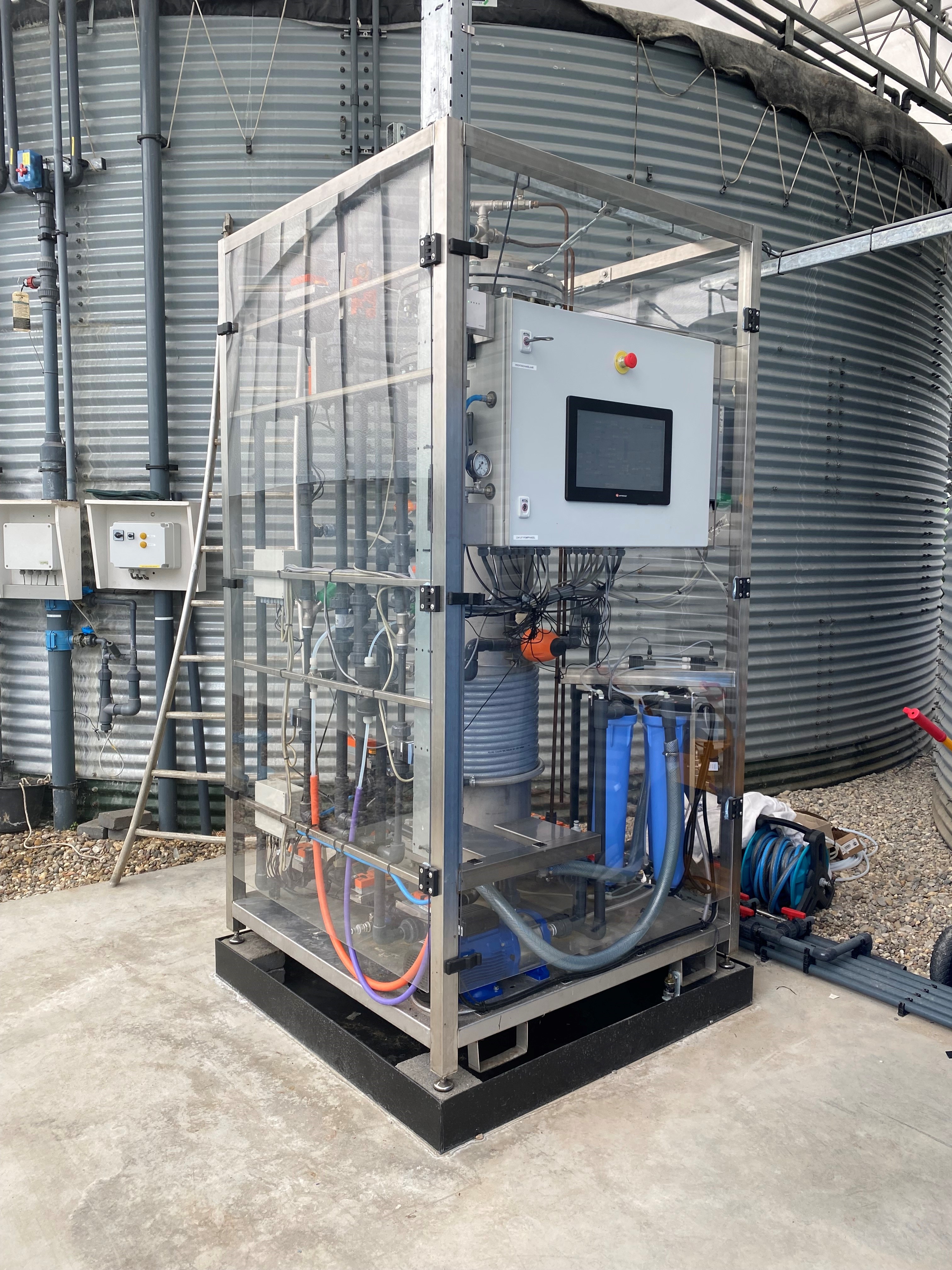