Håvard Skavland is a happy man. The Active Ventilation System with heat recovery (AVS-wtw), which he had installed in 2019, is proving well worth the money. It saves a lot of energy in the winter season and produces a better and more stable greenhouse climate. The result: more tomatoes of a better quality at lower costs. He also benefits from the air handling system in the summer.

Håvard and Edle Skavland grow 2.6 ha of tomatoes in modern Venlo greenhouses, all equipped with LED and HPS growth light installations. They are based on the small island of Talgje in the municipality of Stavanger in south-west Norway. “We are very much influenced by the North Sea and the warm Gulf Stream here, so we have very mild winters by Scandinavian standards,” says Håvard, who set up the family business in 1995. “The conditions for tomatoes are so good that most of the local crop is grown in our area.” Skavland Gartneri produces cherry, cocktail and round tomatoes on the vine. The New Norway label enables consumers to identify these products as locally grown. The Venlo greenhouse complex consists of several compartments that are controlled separately in terms of climate and irrigation.

Full and half capacity

During his latest renovation, the tomato grower unhesitatingly opted for the AVS-wtw system from Van Dijk Heating, which was installed by the Dutch company Verkade Climate. What was special about this decision was the fact that in one of the two new compartments he only had half the recommended number of air handling units with a heat exchanger and central heating block for reheating installed. This was not in any way due to an oversight, as it turned out.

“Now I can make a neat comparison between the crops growing in the two compartments,” the grower explains. “In the compartment where the full ventilation capacity is available, I can achieve the climate I want more easily and efficiently in extreme conditions. On the other hand, that system was more expensive. In normal conditions it doesn’t take much effort to create a good climate with half the number of units. In both cases, I have to use the vents much less than before to get rid of moisture. So I am saving energy in both compartments.” The tomato grower says that he has not yet figured out which version is better for the bottom line. “I’m going to sit down and work that out soon,” he says. “The outcome will determine how many units there will eventually be in the wall.”

The benefits Håvard is already seeing are greatly improved moisture control and reduced loss of heat and CO2 in the heating season, combined with significant energy savings achieved partly as a result of using his energy screens more effectively. “It makes a big difference in every respect if the vents can stay closed,” he says. “Altogether, all these improvements are resulting in a stronger, healthier crop that is producing more tomatoes. We were even able to produce more tomatoes at lower costs in the first production cycle.” The innovative grower also thinks he benefits from the AVS air handling system in the summer season. “In combination with the misting system, it enables me to keep the greenhouse cool for longer, so we have to open the vents less and we lose less CO2. The heating is off then, of course – that goes without saying.” 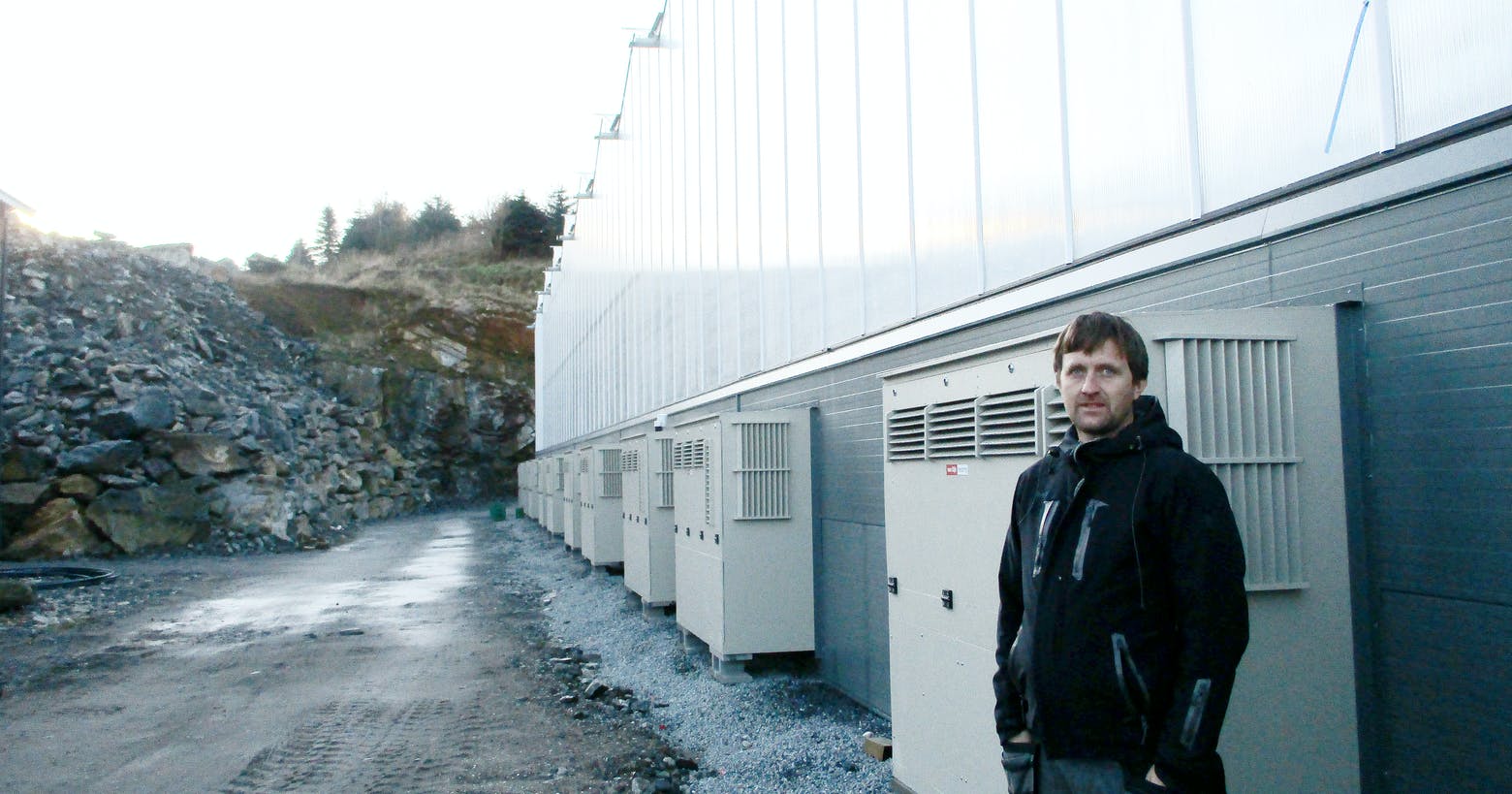